Sensory Processing Disorder (SPD) is becoming a more and more common diagnosis in pediatric offices. In many other cases children are having sensory processing issues that go unrecognized.

But what does sensory processing disorder mean?

Our sensory system is made up of various nervous system tissues whose job it is to understand what is going on in our environment. Both on the outside of us and on the inside.

However, our senses don’t just tell our brain about the world around us, they also drive the development of new brain connections in important ways.

Children with SPD often have sensory information coming in that feels overwhelming. Sounds that wouldn’t bother someone without SPD can be so loud that they are painful to a child with SPD. This is often true for textures as well, and many children with SPD are highly sensitive to clothing, brushing their hair and other forms of physical touch.
In some children it seems as if they are getting TOO MUCH sensory information, while others are receiving TOO LITTLE. 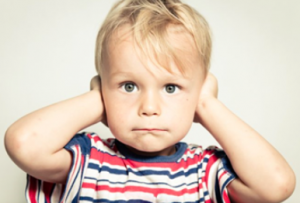 When a child suffers from a sensorimotor disorder like dyspraxia, they often have uncontrolled and uncoordinated movements. They may also exhibit behaviors like flapping their hands, shaking their legs, or other repetitive motions. These behaviors (also known as ‘stimming’) are a mechanism by which children are attempting to help balance sensory information that is overwhelming and “feed” the brain positive, calming information.

Many children with SPD enter the chiropractic office and have tremendous improvements in their sensory processing issues. Children that could not handle loud environments or the tags on their clothing often are able to handle both after undergoing chiropractic care.

How are these issues related to chiropractic?

A vertebral subluxation (misaligned vertebrae) sends improper information into the brain. Proprioception (the sense of where we are in space) is actually our most important sense. 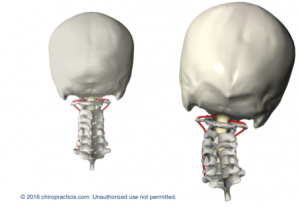 In his book, Neurobehavioral Disorders of Childhood: An Evolutionary Perspective, Dr. Robert Melillo discusses how crucial this sense is to drive healthy brain development.

When a child has a vertebral subluxation, it causes incorrect information to be sent to the brain along various proprioceptive pathways. In the scientific community, this is called dysafferentation. When a child’s brain is not getting accurate information from their environment, it becomes much harder for them to regulate their senses.

By giving children a chiropractic check-up and making any necessary adjustments, we are able to make sure that their spines and nervous system are free from the devastating effects of vertebral subluxation, and that the information traveling from their bodies to their brains is as healthy as possible.

Benefits of the Mediterranean Diet